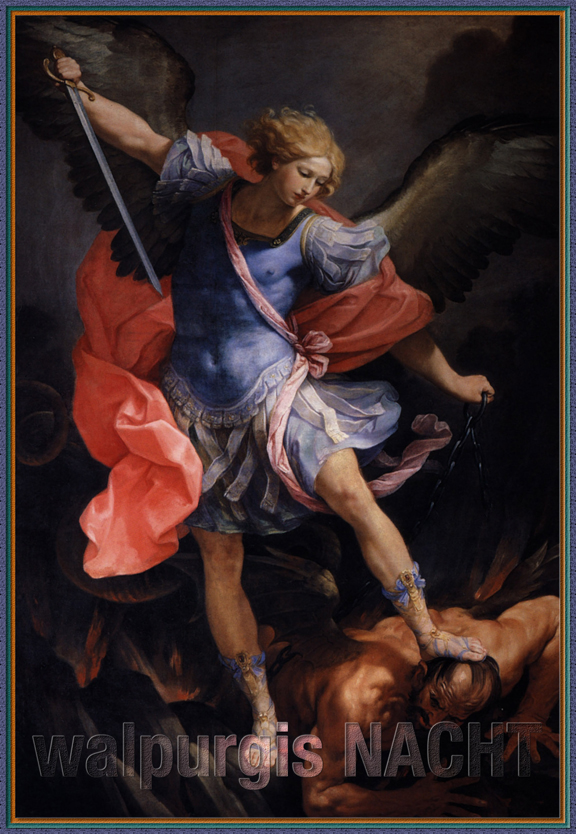 As strained as the moment was, Deborah Eisenstadt did not feel violated or even used; instead she was relieved when the man-child found release and wilted away from her. He was openly weeping by that point, crushed under the weight of a self-loathing few ever experience, and she couldn’t help but feel pity for the stunted soul within. She had experienced more than her fair share of such men in both Soviet Russia and during her escape through Armenia, little men who relied on the weight of their encroaching bureaucracies to force their way between a woman’s thighs, yet she more than understood that wasn’t exactly the case with Brendan Geddes. Other, far more insidious forces had shaped his soul, and when she had chanced a glance into his eyes she had only then grown fearful. The man-child wasn’t what he at first had seemed; no…she had suddenly realized that he was far more dangerous than any of them had previously realized.

He was, she could now plainly see, quite morally unhinged. Right and wrong simply did not exist when numbers were standing-by to provide an answer to every single question. “Just because you can doesn’t mean you should” had never entered his hierarchy of thought.

Yet his actions just now had broken through that barrier, and laying there on top of Eisenstadt she could feel his confusion. He was careening back and forth between guilt and anger, his fists clinched and intertwined in the bedding as he looked away one moment before he tried to return and apologize the next. Yet he never really could bring himself to say he was sorry…and that was what had frightened her so.

…and just then a roaring sound surrounded them…a deep, hideously loud roar like a jet fighter running up its engine before takeoff, and Eisenstadt turned in time to see a wall of steam emerging from the bathroom…

…and a moment passed before Harry emerged from the steam, now apparently dripping in seawater, and the first thing he saw was a barely clothed Brendan lying spent between Deborah’s thighs.

And he appeared to be not in the least amused.

Yet he ignored them. He was toweling himself off now, then quickly drying his hair before Deborah realized this was a totally different Callahan. This Harry was not yet thirty years old. This Harry Callahan still had two legs — two intact legs. His eyes were clear, focused, and full of an easy malevolence she didn’t recognize. Yet she saw his fury wasn’t directed at Brendan, or even at herself…

“What?” she said…just as Didi Goodman and another man came out of the steam-filled bathroom.

“Get the boy under the bed,” Harry repeated as he walked to his closet. She noted there was some kind of optical palm scanner installed there now, a device that hadn’t been there yesterday, and she watched as Callahan put his hand on the scanner and waited. A moment later a vault opened and Callahan passed assault rifles over to Didi and the other man, along with several magazines, before he grabbed one for himself.

Deborah was pushing the boy under the bed as Harry ran from the room, but before she got under the bed she went to the bathroom to have a look around…

Hot water was still coming from the shower head, yet the floor was covered with briny smelling sea-ice, so she bent over and touched a large shard of ice then brought her finger to her mouth…

“…sea water…” she whispered before she turned and scurried under the bed.

They heard gunfire after that, and a lot of it. The sound of shattering glass filled their ears, then came two explosions and moments later smoke poured into the bedroom. Helicopters, several of them, roared by overhead and she cringed when heavy machine gun fire ripped through the ceiling, the bullets slamming into the slate floor with calamitous effect. Then a blinding flash followed a gut-wrenching lurch — before silence returned to the house.

Then — footsteps, running their way. Sounds of boots on crushed glass and shattered cabinetry falling away before she heard Harry’s voice:

“You guys okay?” Callahan snarled as he entered the room.

“Yes, I think so,” Eisenstadt mewed.

“Okay, you can come out now,” he said as he leaned over and took her hand. “We need to get you two away from here for a while.”

She followed him through the wreckage of his house — yet he seemed curiously detached from the carnage, almost like he’d never seen this place before. The living room was a shattered wreck, and the piano room was simply gone, blown away. And now, as they walked out of the ruins and down to the street, she saw that two of the studios were in flames, then she saw the bodies of dead men laying in the street. Dozens of them, and at least two helicopters were down, their mangled wreckage again leaving Callahan totally unimpressed.

She saw smoke coming from beyond Liz’s house, then the man she’d seen walk from the shower was now walking from Liz’s house towards Harry. Meanwhile, Didi Goodman was walking among the corpses, lifting each head and looking at the revealed face — as if she was looking for someone in particular — and Brendan could hardly reconcile this image of her with the Didi he’d come to know over the last few weeks.

The man walking up from Liz’s house walked up to Harry and Deborah Eisenstadt tried her best not to scream in fright. She recognized him now, noted the same tweed jacket and the wavy dirty blond hair — and that grin! It was Liz’z father, and she knew because she’d seen photos of the same man at both Liz’s place and in the living room at Harry’s.

But Bullitt just nodded and grinned, tossing a handheld radio to Harry as he passed.

And Harry turned on the unit and called — but who, exactly?

Yet a minute later a Callahan Air Transport Bell 412 circled and landed in the cul-de-sac, and who slid open the door and beckoned them inside? Of course, it had to be DD and the Doc, and as soon as they were inside the helicopter and buckled in they were airborne and headed for The City.

Yet Harry hadn’t joined them. Neither had Didi — or Frank.

“What the hell is going on?” she asked DD.

Who only shrugged before turning away.

Brendan, however, looked beyond the far side of the sky and all he could think to do was smile.

© 2016-22 adrian leverkühn | abw | and as always, thanks for stopping by for a look around the memory warehouse…image: Guido Reni, Archangel Michael Trampling Lucifer.

[Genesis \\ Dance On A Volcano]