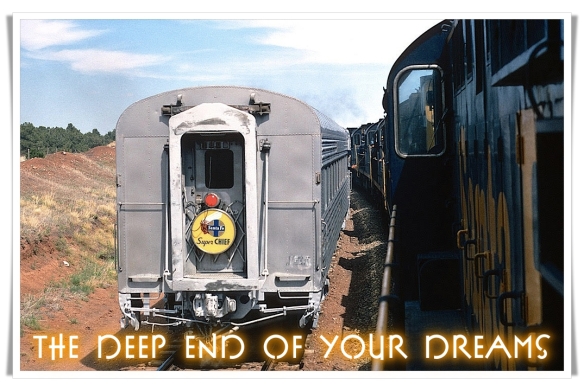 Roosevelt was in the Oval Office, looking over the FBI’s final report on the latest matter out in New Mexico, reading through it for the third time. The blue sphere had been seen twice over Los Alamos, the report stated plainly enough, yet Aubuchon had denied any knowledge of its (re)appearance, and that troubled him. It troubled Harry Hopkins too, and Cordell Hull. They had all caught a brief glimpse of the sphere over the Atlantic, twice on the Iowa’s return voyage; the first when the Condor approached off Spain, the second when that strange Navy aircraft appeared over the Georges Banks and attacked the German battleships.

And now, another sphere – allegedly over Aubuchon’s house in Los Alamos? He just didn’t know her well enough to understand what this meant.

So he picked up the telephone on his desk and spoke to the switchboard operator. “Get Harry, would you?”

A few minutes later Hopkins entered the Oval Office. “We have the latest German rail car dispositions you asked for, Mr President. Attacking fuel transport lines seems to be working.”

“Harry? I need to speak with Claire…Dr Aubuchon. And I need to see her eyes when I speak to her.”

“Yessir. She’s just arrived in Los Alamos. There are no records she took her sister to a hospital in Santa Fe, by the by.”

Roosevelt looked down at his hands, coughed once. “There are days I truly hate this job, Harry.”

“What do you think…”

“She’s lying, for one thing, Harry. That means she’s hiding something. And if a person in her position is hiding something, then we’re all in trouble. The entire project could be compromised.”

Hopkins pursed his lips, nodded slowly. “Do you want to remove her now, or wait until we can finish a full security review?”

Roosevelt leaned back in his wheelchair and sighed, then shook his head. “We can’t afford a breakdown in security now. Especially not now. Chop her off, bring her in, and anyone else in that house. We need to know who she’s consorting with.”

“Her sister Amanda is on the approved list, as is that Levy character. Those are the only two in the house. At least, as of last night.”

“Have the FBI handle it, but I want it handled discreetly. And I want to talk to her as soon as possible.”

“Yes, Mr President.” Hopkins turned and left the Old Man with his thoughts. He knew that look, after all, well enough – didn’t he? He went to his office and called the director…

Amanda looked odd the next morning. Clear-eyed and suddenly looking almost emaciated, Claire guessed her sister had lost no less than twenty pounds in the last three days; an impossibility, true enough, but the evidence was right before her eyes. But…how?

“Well, hi there, sleepyhead. And how are you feeling this morning,” she asked Amanda as her bare-footed sister padded into the kitchen.

“Tired. I was in the lab well into the night.”

“That sounds right. When I start on something I often lose track of time.”

Amanda nodded. “Father was like that,” she sighed, still coming to terms with the passage of so much time, and her absence from the flow. “Charles was too, back in high school, anyway.”

“I didn’t know him the same way you did, Amanda, but my memories of him are of a warm, caring person.”

“In Sweden. He was the physician who took my baby?”

“What?” Claire felt inrushing pressure when the words registered.

“I couldn’t place him at first, I think, because he hasn’t aged. But it’s him. I remember his voice most of all, but oh yes, Claire, it’s him. Of that I’m sure.”

Claire stared at the stovetop, lost in breaking waves of suddenly inexplicable implications. Ben…Trevor…and who else? Had they been following her all her life? But, to what purpose? Why watch her so closely? And why would anyone take a fetus?

“You must be mistaken, Amanda. That’s clearly not possible.”

Claire shook her head, tried to laugh a little. “This must all be a coincidence of some sort, dear sister. That such a thing could be? Well, it’s simply just not possible.”

“Impossible. Yes. I dreamed last night that you were on a ship of some sort, a ship near a strange planet, and that people were talking to you about something called the shift. It was all very real feeling, like we were really there.”

“I’m thinking your work here has something to do with it. What does it mean, do you think? This shift?”

Claire looked away, suddenly embarrassed. “What makes you say that, Amanda?”

“I’ve heard you two talking, but it’s not like I was snooping around. Well, is it true?”

And Claire shrugged. “I don’t know that it’s as simple as that, Amanda. There are other things I’m considering.”

But just Claire turned to Amanda, looked her in the eye. “We’ll talk to him tonight, I promise. About Sweden, about your dream – all of it.”

Amanda took the evasion in stride, met her sister’s gaze on terms at once familiar – yet full of loneliness. Claire’s words felt like a betrayal, and that was not a feeling she remembered coming from her. They looked at one another for a moment longer, then she made up her mind. “I think I should return to Philadelphia, Claire. I’ll only be in your way here, and you have more important things to take care of.”

“Nonsense. There’s nothing more important than you.”

“Could you get me on the next train?”

“Really? You want to go home now? You haven’t seen or done anything here yet, and there’s so much…”

“Yes, I feel homesick, as silly as that must sound. Really, I’d like to go home, back to Pennsylvania.”

“Alright,” Claire said, feeling dejected – and a little relieved. “I’ll call.” She turned and walked inside, leaving Amanda on the patio staring at the Blood of Christ mountains.

“Where’s Amanda?” Ben asked as he walked into the kitchen.

“On her way home. I got her on the one-thirty Chief.”

“Really? I thought you knew everything?”

“Her trip to the ship was not expected.”

“So, the future has been altered once again.”

“When are we to marry? Is tomorrow too soon?”

“After the war concludes. If we married sooner it would appear suspicious.”

“Amanda mentioned that you were the physician in Sweden, the man who removed her baby.”

“She said there was no mistaking you, or your voice.”

“Yes,” Ben sighed, “it’s true. You’ll understand, in time. There’s no frame of reference yet Claire, or I could tell you.”

“Frame of reference? What’s that supposed to mean?”

“The reasons why we had to, not to mention the technology involved, but I promise, I’ll tell you someday. Before I die, anyway.”

“And what about Amanda? What about her feelings?”

Ben shrugged. “Turn on the radio.”

She moved to the living room and turned on the set, then, waiting for the tubes to warm, she asked if he needed anything to eat or drink.

As she tuned-in the station in Santa Fe she recoiled in horror. The Chief had derailed near Walsenburg, Colorado, and rescue operations were just now getting underway. The scene of the accident was remote, the announcer said, noting it was miles from the nearest roadway.

“We should go,” Claire said. “I’ll need to be there when they bring her to the hospital.”

“There’s no rush,” Ben said, his face a mask of barely concealed pain.

“She did not survive.”

She stumbled to her chair and fell into it, hands covering her face. “Gone,” she sobbed. “Amanda? Gone?”

“You bastard!” Claire screamed. “You did this!”

Ben looked away, then walked over to the little fireplace and started putting piñon on the grate, and soon he had a fire going. When he turned Claire was looking at him, pure malice in her eyes.

“We had no part in what happened, Claire. Amanda simply arrived at her moment in time, the end of a chain. It was her time, and there was nothing we could do to alter that.”

“Yes, but to alter that timeline once again could prove disastrous.”

“Come. Stand with me by the fire.”

Her stare turned to icy stone at that, and then she left the house. He heard her driving off into the night so he walked out onto the patio in time to see her speeding down the canyon towards the highway that led to Santa Fe – and Walsenburg. He sighed again, then returned to his little bedroom off the kitchen.

He was smiling just then, for a million little reasons, when someone knocked on the door. He walked over, opened it, saw two policemen and another man in a dark suit, and he tried not to smile – at time.

“Come in, gentlemen. Dr. Aubuchon just left, but is there anything I can help you with?”