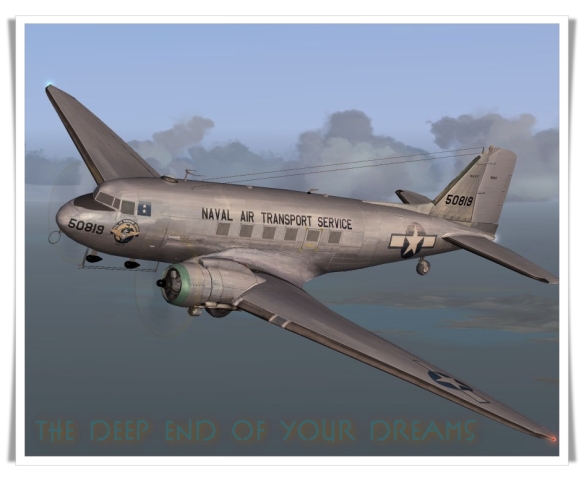 The road was rough, and, of course, there were thunderstorms just ahead. Albuquerque lay beyond this latest line of storms, somewhere beyond the lightning, and Claire was smoldering inside.

Stopped by Los Alamos security near the entrance to the highway to Santa Fe, she had finally been stuffed into the back seat of a gray Ford sedan – only to find Levy already in the car. Handcuffed, as it turned out.

Then she was handcuffed, and for the first time in her life she’d wanted to cry. She also didn’t want Ben to see her crying, to afford him the opportunity to see so deeply into her fear, so she turned away, looked at her reflection in the glass…

Amanda…gone. How was that even possible? How did the best train in the country derail, without apparent cause, in the middle of nowhere?

When the FBI agent had asked where she was going she’d told him, and after he apologized he told her he hadn’t heard any details about the accident yet. “If you don’t mind me askin’, Ma’am, how do you know your sister’s dead?” the agent asked as they passed through Santa Fe.

“He told me,” Claire replied without evasion, pointing at Ben.

“And, sir, how did you hear this information?”

And he couldn’t very well answer – ‘Gee, I learned of this a thousand years from now,” so he thought for a moment before answering: “On the radio.”

“I didn’t think they did that,” the agent said. “But then again, I don’t think you’re telling me the truth.”

Then Ben looked at Claire’s reflection in the glass – and their eyes met for a moment, yet she turned away. Just like Amanda turned away.

“You’ll have to ask the people at the station,” Ben added.

“I will,” the agent said, looking at Ben in the rearview mirror.

“Where are we going?” Claire asked the agent, still looking at her reflection.

“To take a ride in an airplane, I guess you might say.”

“I see,” she added, thinking about the people who would want to talk to her after the sphere had been reported over her house. That meant Oak Ridge or Washington. She thought about the sphere seen here, then the one off the coast of Spain. That one had been clearly observed – and by everyone – including the president.

Yes, she was going to be taken to Washington – to see Roosevelt. Because…she had to be under suspicion now. Well, she’d just to have to let Levy talk to them, let him figure out what to do next – because one way or another she was pretty sure Ben wasn’t going to let anything happen to her.

Slate-colored clouds loomed ahead, and she saw lightning in the clouds, too, then fat drops of water hit the windshield. Heavier drops began to beat the Ford’s roof and she closed her eyes, listened to the mysterious rhythm… Why, she wondered, did humans see patterns everywhere? Why? And what pattern did Amanda’s death fit into?

Then the thought hit her: he had chosen not to protect Amanda? Why? Had she been so peripheral to the future? Or had her death – now, today, this afternoon – preserved some pre-established order?

Then yet another thought slammed into her: what if Amanda’s trip to the ship had severely altered a timeline? What if her immediate death had become the only way to realign a presumed natural order of time?

Then, another leap of insight. What if…when she’d uprooted Amanda, brought her west from Philadelphia, what if she had altered…but wait…how could she ever know anything like that was true? She couldn’t, not with any certainty. If time was a river, how many tributaries could be generated by just one person? By just one person in the course of a single day? How many ‘what ifs’ could there be?

‘For all intents and purposes, an infinite number.’

Because if just one person confronted an almost infinite number of momentous choices in the course of a lifetime, the permutations would literally be very nearly infinite. One would never know – unless they could somehow see into the future, or somehow measure the results of one choice against another.

What crushed her in that moment, what made her feel completely insignificant was the thought that Ben and Trevor – and all the people like them she assumed were already working here – had just that ability. If so, there’s was an Olympian vantage, one not so different than what the ancients thought characterized the gods.

She opened her eyes, looked out the window, saw the outskirts of Albuquerque as they emerged from the thunderstorm. The rain-soaked two-lane blacktop was nearly deserted now, and she had seen only a few trucks headed to Santa Fe so far, while up ahead Albuquerque’s lights were winking on as the sun licked the far horizon. They drove through the city in silence, Ben apparently looking at pedestrians out the Ford’s window, yet now with his arms crossed over his chest, somehow looking very bored while also projecting an image of pure vulnerability.

‘He doesn’t belong here, does he?’ she asked herself. What must that feel like? To not belong in such a profound way?

They drove out onto the tarmac at the Albuquerque Army Air Force Base, right up to a waiting DC-3, and as soon as they were aboard the aircraft the pilots throttled-up and taxied to the runway. It felt to Claire like only minutes passed before they were airborne, headed east over the Sandia Mountains – and into an infinite night.

More FBI agents met their aircraft at the airport, and the small convoy made the short drive across the Potomac in silence. Even more agents were waiting at the White House, where both she and Ben were searched before being escorted to Harry Hopkins’ office. She recognized Dean Acheson as they walked into the cramped office, and she saw smoldering malice in the diplomat’s peregrine eyes, then she saw Hopkins was in the room too. And he did not look in the least happy.

“The blue spheres,” Acheson said, pointing at Levy without preamble. “What are they?”

Ben stared at both Hopkins and Acheson for a moment, then shrugged. “In essence, while each mimics a plasma, what you’ve witnessed is but a small electromagnetic field that resides around a single sub-atomic particle. Power is applied to the field and that regulates the size of the sphere.”

“And why would you do that, Mr Levy?”

“Because the resulting sphere can be manipulated.”

“You mean Time, don’t you, sir? You can manipulate time?”

“That is a true statement, Mr. Acheson.”

“Where are you from?”

“Alright…one more time. Where did you come from?”

“Where did I come from? You mean…”

“You know exactly what I mean,” Acheson snarled.

“‘Where’ isn’t the correct question, sir. ‘When’ is more appropriate. Or – more to the point.”

“When? And just what do you mean by that?”

“My first iteration was created in 1866, sir. This body, the one you’re interacting with just now, was created in the year 3037. That is from when I come – this time.”

“You expect me to believe…?”

“Well, the president seems to take great stock in you,” Acheson sighed, “though for the life of me I have no idea why.”

Levy only smiled, though he steepled his fingers just then, as if measuring the passage of time to a metronome only he heard.

“You’re a time traveler, is that it?” Hopkins said, speaking now for the first time, stepping tentatively into the flow.

“Time, sir,” Levy said – looking from Hopkins to Acheson. “We engineer Time. We try to do so in such a manner that we disrupt certain unwanted imbalances. That we ensure more acceptable outcomes, without disrupting our own existence.”

“And,” Acheson growled, “if I may be permitted to ask, acceptable – to whom? To you?”

“You know…I think I’ll have you shot.”

“That’s quite understandable,” Levy said, smiling again. “I’m sure the Russians would allow you to, though I feel quite certain Mr. Churchill may take offense.”

“What have they got to do with all this?” Acheson said, his eyes narrowing.

“What did you mean when you said you were human enough?” Hopkins asked. “Human enough for what? To fool us?”

Claire looked at Ben now, her eyes full of questions. “You say you were born in 1866? The original iteration of you – whatever that means?”

And it was Claire who burst out laughing this time. “You should pick your doppelgänger with more care, next time – Herbert.”

“Iteration?” Hopkins said. “What did you mean when you said that?”

“And you are not completely human?”

“Not the type of human you would recognize.”

Claire turned inward now, afraid of the next question she had to ask. “Who created you, Ben?”

“Our granddaughter, Claire. Though her father helped.”

She nodded before she turned away, then closed her eyes – to stop the flow of tears.